What do actors do in contemporary theatre?

back
HomeArticles and publicationsWhat do actors do in contemporary theatre? 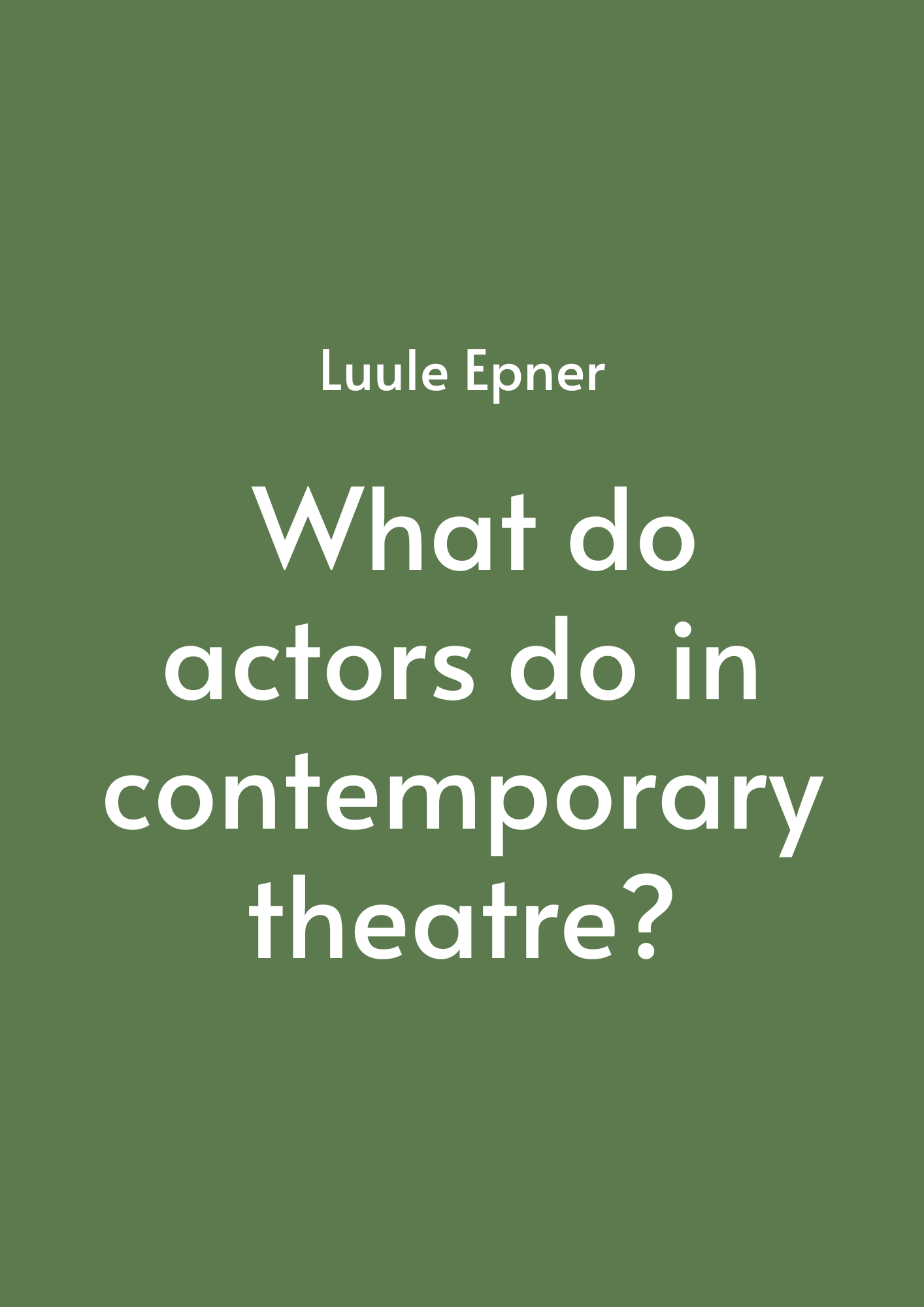 Abstract. The article addresses the issue of strategies of acting in contemporary (largely postdramatic) theatre. In the first part of the article, the acting is conceptualized as playing, with reference to relevant theories, particularly that of Thomas Pavel. The article puts forward the argument that the play world created in a theatre performance can be described by the continuous fictional ? real spectrum that accommodates a number of strategies of acting. W ithin the continuum, there exists an ongoing tension between the fictional and the real; their relationship is largely variable depending on the strategies of acting at work in a particular performance. In the second part of the article, these strategies are divided into three groups: ?being someone else?, ?being oneself ? and performing actions ? and are then analyzed on the basis of examples that are drawn primarily from Estonian contemporary theatre.