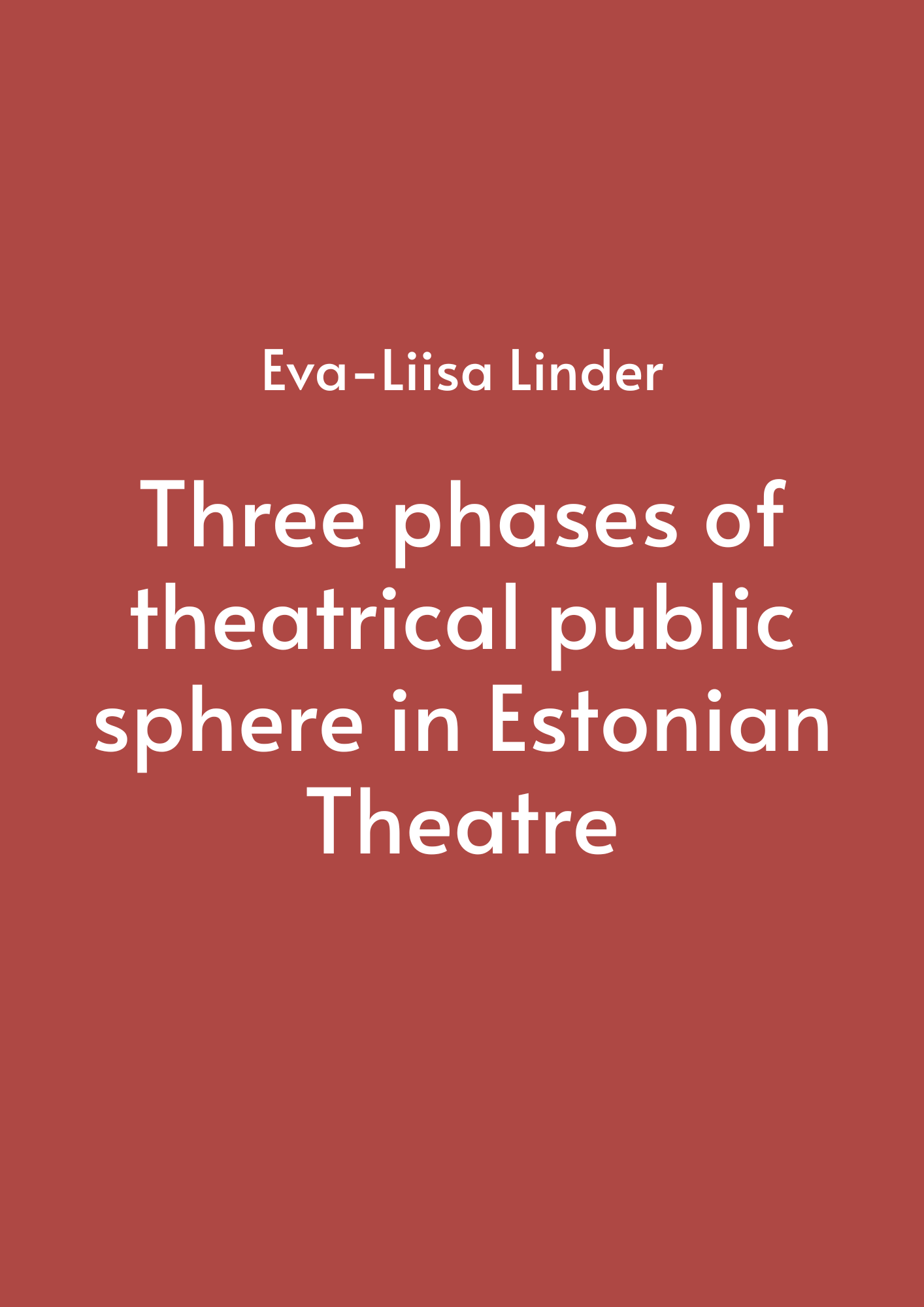 Abstract. The concept of the public sphere by Jürgen Habermas has inspired humanities and theatre studies. Estonia, as a small post-totalitarian nation state, proves the concept especially relevant as its recent history reveals three different phases of the theatrical public sphere. 1) Theatre as a secret forum. In Soviet times, theatre served as a political and ideological tool, providing a place for keeping the national memory and consolidating society. 2) The active and technical use of the public sphere by newly awakened political theatre NO99 since 2005. 3) The agonistic theatrical public sphere. During the past decade, a whole wave of projects have discussed national identity with concurrent antagonisms: globalization vs nationalism, civic vs ethnic nationalism, the Estonian vs Russian-speaking community. Theatre has commented on two concepts of national identity, e-Estonia and Organic Estonia, innovative digitalization and cultural traditions. The discursive public sphere has led to increased civic awareness and structural changes in the developing democracy, supported integration, and anti-xenophobia in Estonia. At the same time, two main characteristics of the theatrical public sphere have been highlighted: spatiality and political relevance.