The travelling of dramatic texts and memory patterns. The case of Estonian memory theatre

back
HomeArticles and publicationsThe travelling of dramatic texts and memory patterns. The case of Estonian memory theatre 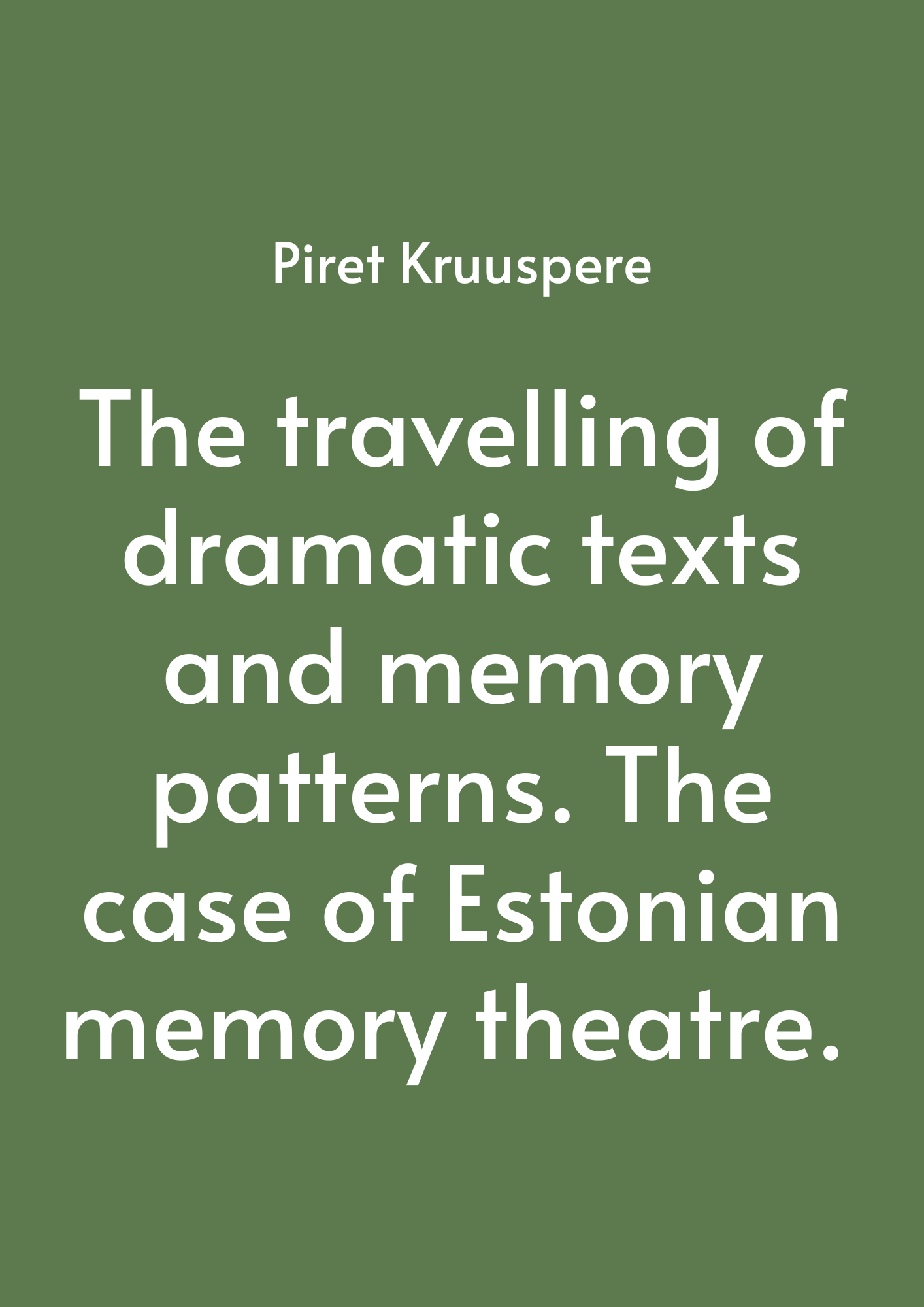 Abstract. The article discusses Estonian memory theatre in the 1970s–90s and at the beginning of the twenty-first century in the framework of transnational/transcultural influences. Dwelling on Jeanette R. Malkin’s definition of memory theatre as a theatre that both imitates the flow of memories and initiates the process of remembrance, and relying on the concepts of transnational and transcultural memory, I analyze the dramatic texts of Estonian playwrights Rein Saluri and Madis Kõiv, likewise the works of female stage director Merle Karusoo. I focus on the phenomenon of travelling memory, introduced by scholar of literature and culture, Astrid Erll, and engage a comparative approach to the texts and stage interpretations. Through the media of texts and mnemonic forms in motion and on the basis of particular case studies, I examine how stories/narratives, memory patterns, and mnemonic practices have crossed cultural borderlines and been performed on different (Estonian, Finnish, Estonian-Russian, Austrian) stages, and how they have primarily launched hidden or blurred memories.