The emergence of the independent theatre scene in Estonia (1987–92) 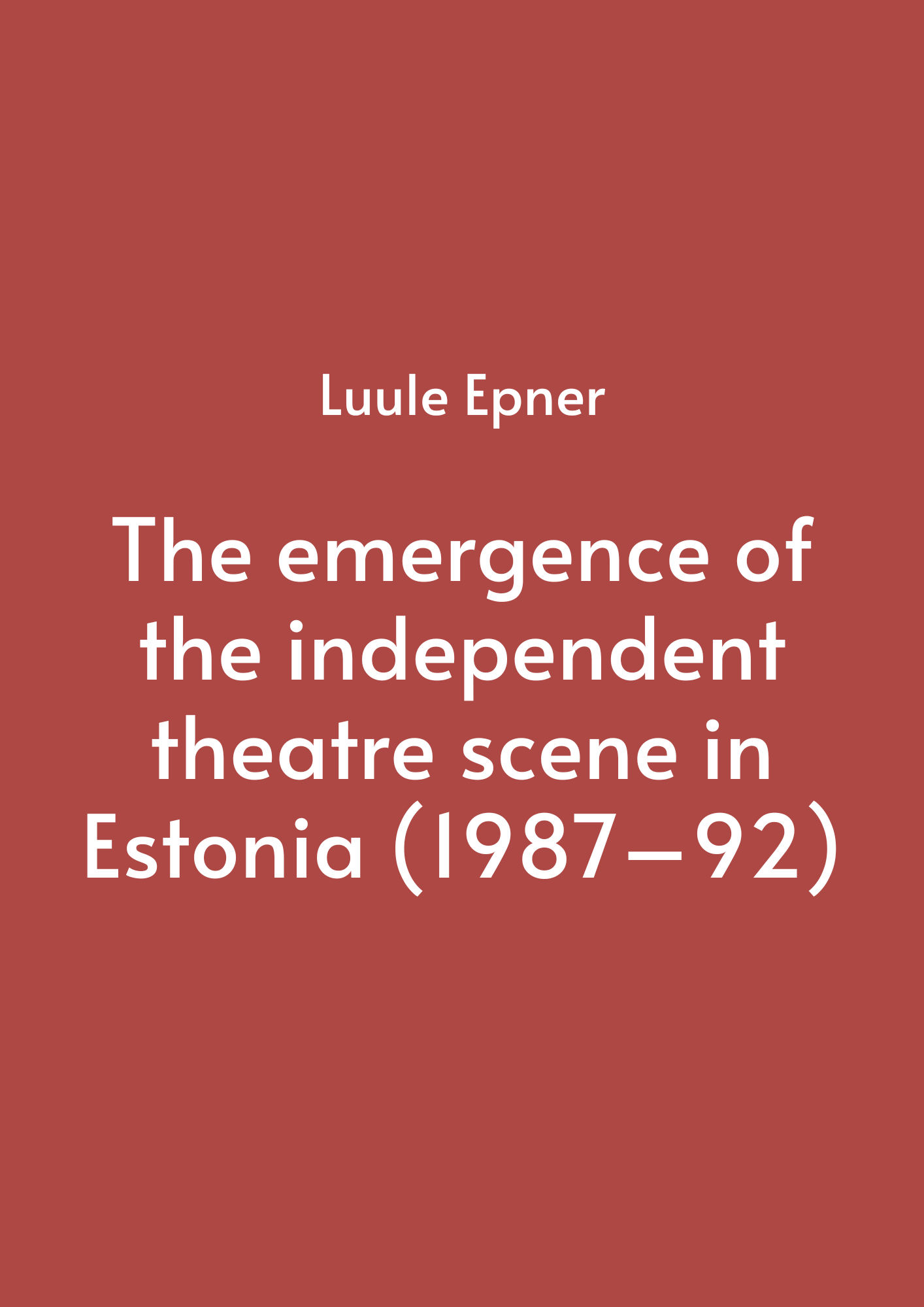 Abstract. The years 1987–92 mark the first or breakthrough stage of the Estonian transition period from being one of the Soviet republics to a newly independent democratic state. The cultural processes of the transition are commonly discussed in terms of re-westernization. However, the picture is more complex, as Western influences intertwined with the legacy of the Soviet cultural realm. The article looks into the interplay between various influences, analyzing the emerging independent theatre scene from both institutional and aesthetic perspectives. On the institutional level, a range of small groups emerged that often blurred the line between (semi-)professional and amateur theatre. On the aesthetic level, one can identify three main trends: biographical and/or cultural-historical documentary theatre; theatre based on the ethnic heritage of different (mostly Northern) nations; postmodern aesthetics. Two more general patterns are 1) the radicalization of Soviet-era artistic searches, empowered by the rise of Estonian nationalism, and 2) the advent of postmodernism, triggered by contemporary Western ideas about theatre.