How to explain popular to a dead hare?

back
HomeArticles and publicationsHow to explain popular to a dead hare? 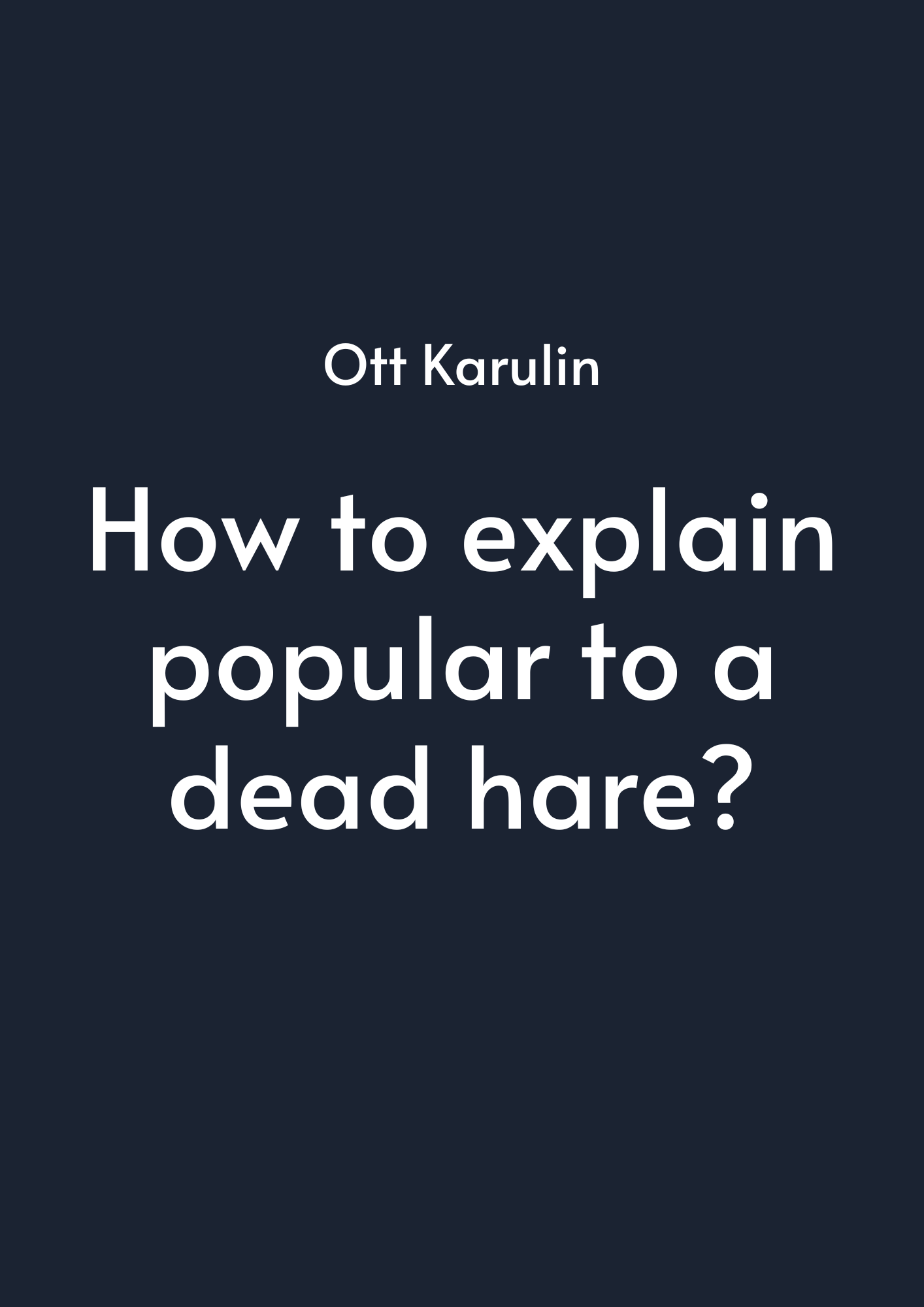 Abstract. In this article the popular is defined with the tools of field theory byPierre Bourdieu, that is as production with high degree of outer-field economic capital (measured with the number of visits per production). It is also claimed that on some conditions these productions do not lower the degree of autonomy of the field since theatre manages to convert the economic capital to symbolic capital (nominations for annual awards give evidence of the latter). Such a production is called the Full Game.Based on the comparable data of new productions made in Estonia from 2010 to 2015(1199 in total) the article will introduce a possible methodology of how to calculate the popular in theatre that considers both the number of visits per production in a year and the use of seating capacity. Following that methodology, there were only sixty-one productions during the chosen period that could be titled popular in a sense that they have a very high degree of outer-field success (these productions are visited 2,4 times more often than the average number of visits per production in one calendar year and have the attendance rate of 95% and higher). Taking into account also the inner-field specific consecration (whether they have been nominated for annual theatre awards), only twenty-three popular productions –among them just one comedy, one musical and one operetta –remain in the list of what I have called the Full Game. That is two per cent of all the new productions of the respective time period.The list of Full Games suggests that the specific theatre, where the production is per-formed plays a significant role for a production to become popular. Only four theatres have had more than one Full Game in 2010–15 in Estonia and two of them –Theatre NO99 and Tallinn City Theatre –are used as case studies to find possible strategies of being popular without loosing specific consecration.