back
HomeArticles and publicationsConstructing Finno-Ugric identity through theatre festival 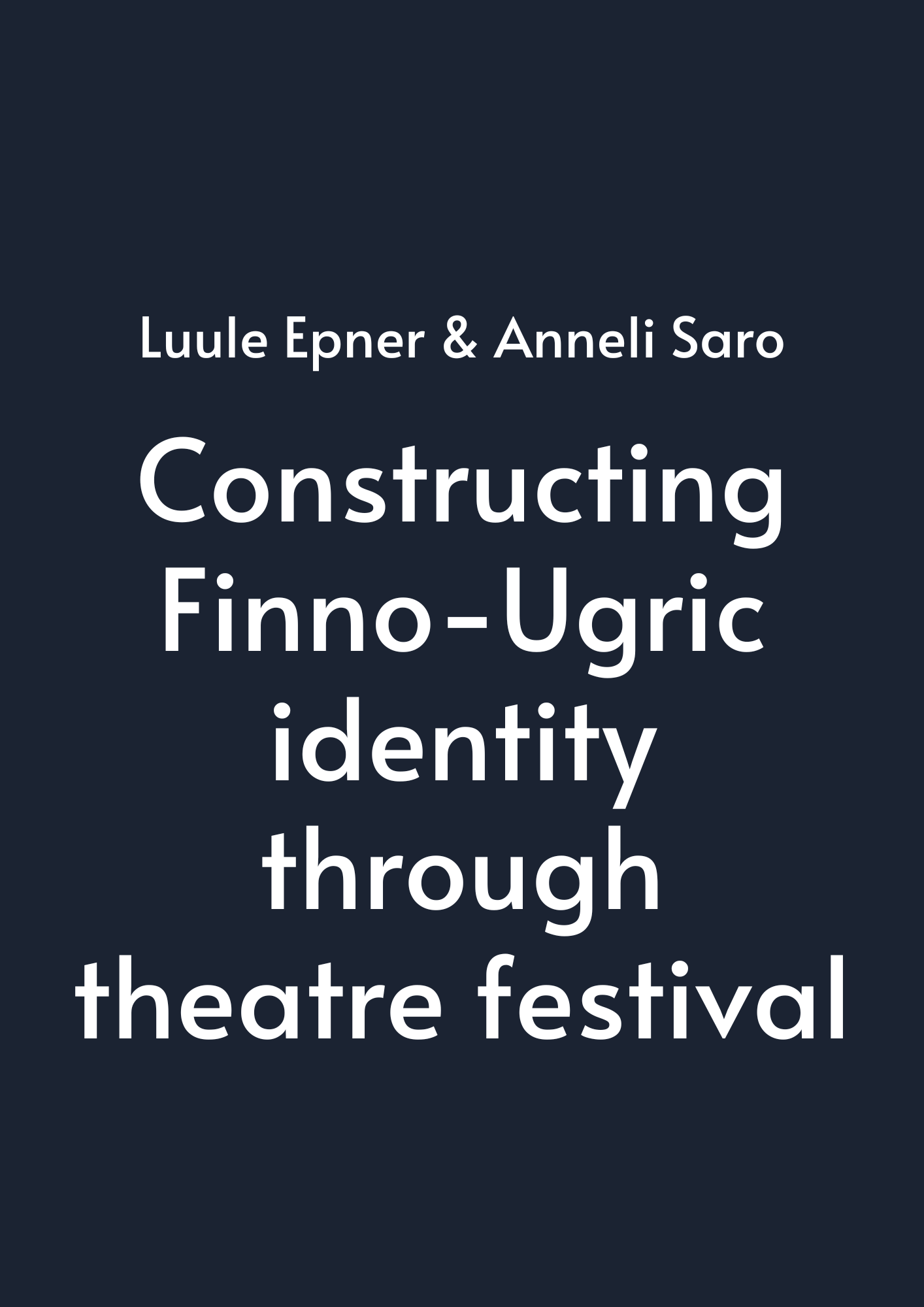 Abstract. The article investigates the construction of transnational Finno-Ugric identity through the theatre festival Mayatul and different performative strategies. This kind of identity construction is investigated through the framework of identity politics and transnationalism. The definition of the Finno-Ugric peoples (Finns, Estonians, Hungarians, Samis, Mordvins, Komi, Udmurts and others) is based foremost on their language kinship. It is believed that similar characteristics of languages and a similar natural environment and climate have shaped the close-to-nature lifestyle and the particular perception of the world shared by the Finno-Ugric peoples.Essential platforms for constructing transnational Finno-Ugric identity are different theatre festivals, among which Mayatul (since 1992) is the most prominent. The majority of productions at the festival are performed in Finno-Ugric languages and interpret the literary texts or folklore of these peoples. However, only a few productions strive for indigenous aesthetics like those of Estonian theatre director Anne Türnpu. The Finno-Ugric peoples’ identity is predominantly a minority identity because mostly they represent a small national and language group in a bigger state like Russia, and only Finland and Hungary have enjoyed one hundred years of independence. Nevertheless, all countries and nations embrace smaller ethnic or cultural minorities, thus minority identity is a universal concept. Theatre festivals are able to unite minority identities into larger transnational identites, even when it is just an imagined community.