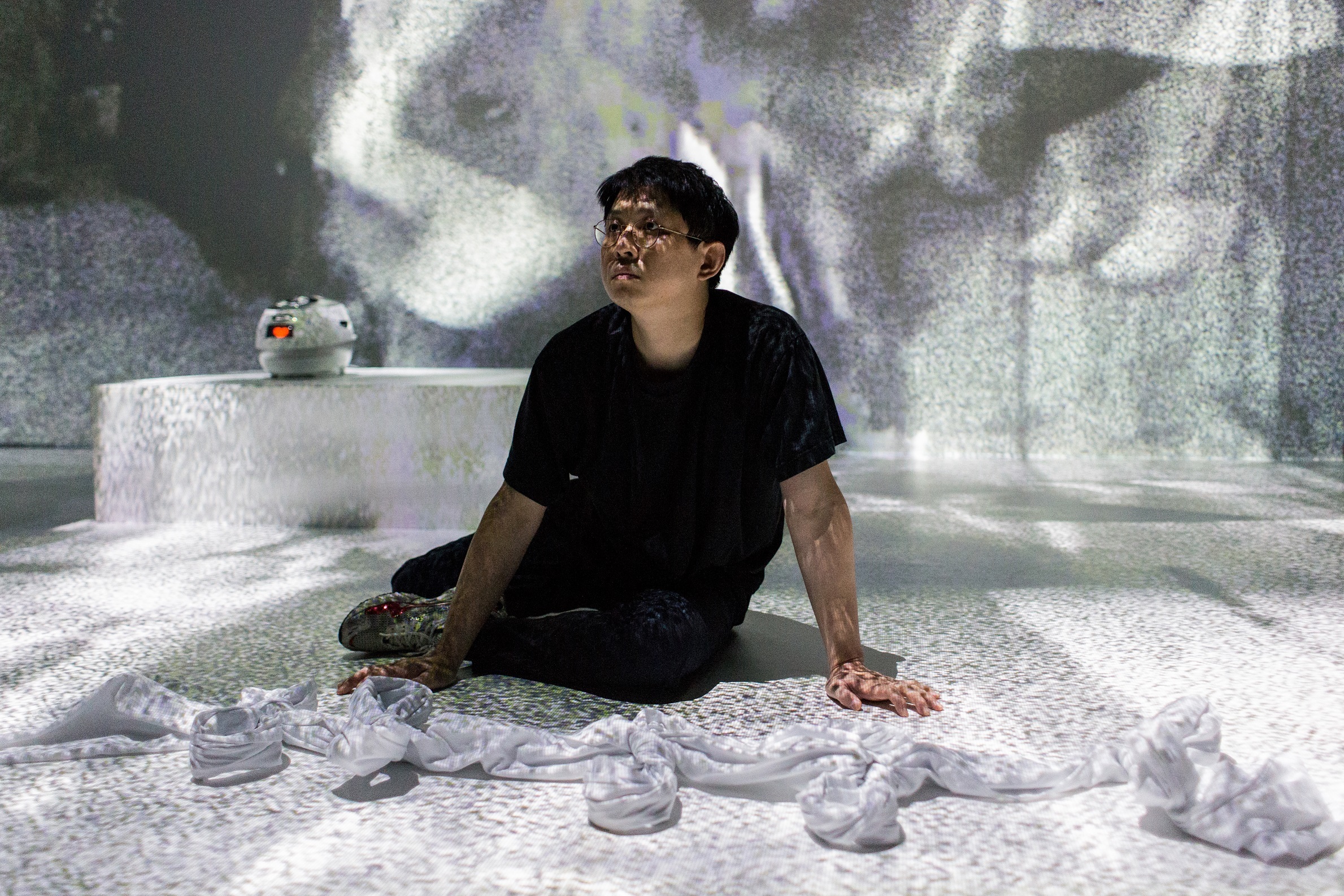 In this final piece of his Hamartia trilogy, Jaha Koo resolutely focuses on the future. Meticulously, he exposes the tragic impact of the past on our lives, unveiling the small cracks in modern Confucianism - an ideology that continues to define the moral system, way of life and social relations between generations in South Korea. With a new generation of South Koreans in mind, he attempts to break with a tradition full of self-censorship and keeping up appearances. Because only when based on an authentic version of history, he can pass on a future to the next generation.

Like the performances Lolling & Rolling and Cuckoo, which respectively focused on South Korea's past and present, The History of Korean Western Theatre is an intelligent documentary theatre performance in which Jaha Koo interweaves personal stories with historical, political and sociological facts. Often themes that contain a clash of Eastern and Western culture: from cutting string of tongue to make it in the West, to the heavy personal toll of Western interference on a macroeconomic level.

CAMPO is supported by the city of Ghent and the Flemish Community.