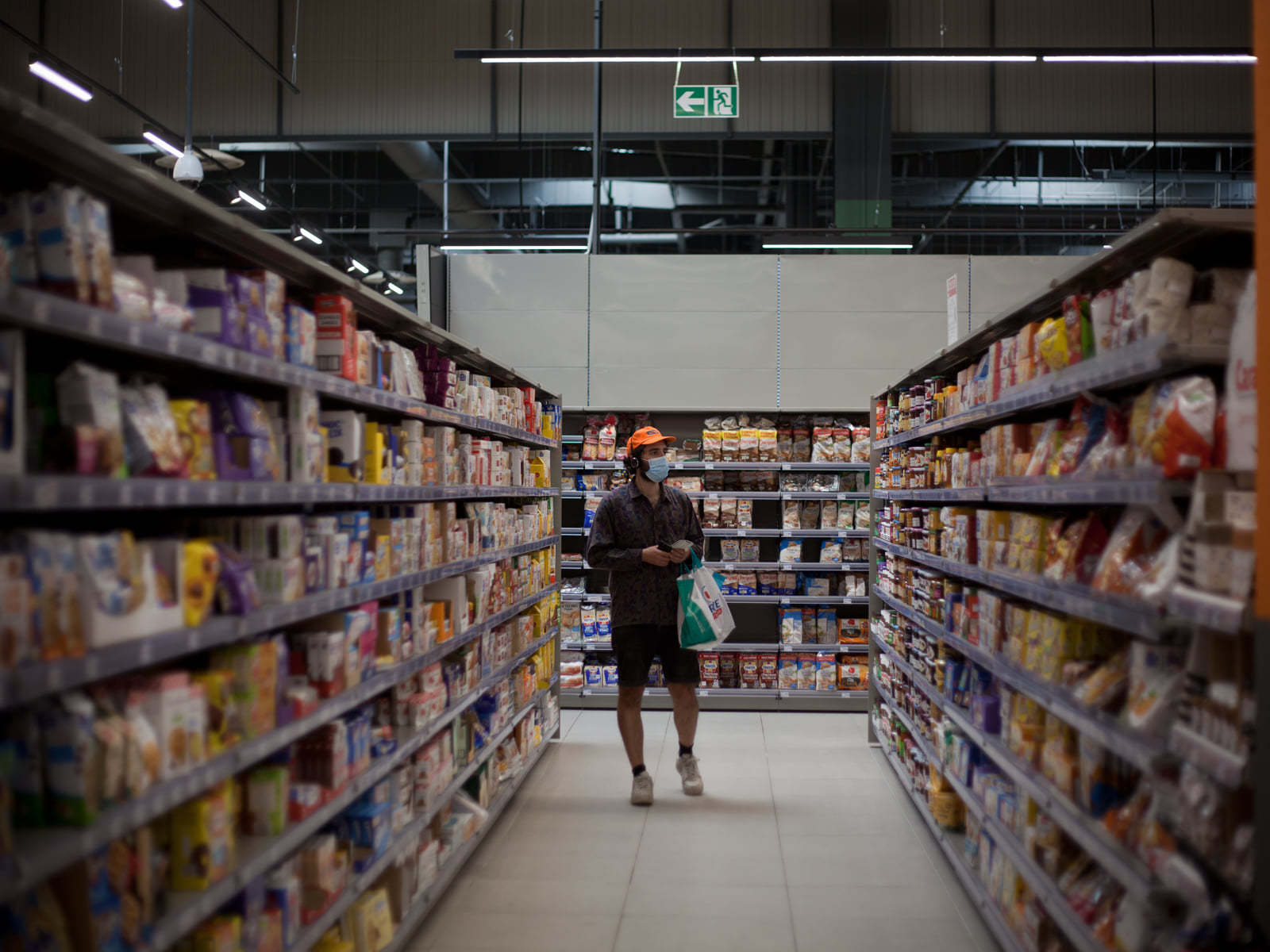 At the dawn of the 21st century, the vast majority of the world's populations are still driven by the mirage of a golden age, a utopia of infinite abundance accessible to all. A perpetual springtime set as a target to be reached and which seemed within everyone's reach during the “Trente Glorieuses”. In industrialized countries, this period of emancipation of peoples saw the emergence of a vast middle class generating unprecedented wealth. A global movement nourished by the universalization of wage labor and the development of mass consumption and the leisure society.

In the trilogy „Golden Age”, Igor Cardellini and Tomas Gonzalez propose to question the foundations of our time through guided tours. The spectators are invited to visit a shopping centre (originally also a bank and an administrative office) in the way tourists stroll through archaeological sites. These functional spaces are almost invisible in cities. They escape our attention in everyday life and are rarely taken as objects of attention. Yet the forces shaping our contemporary world run through these places that are at the heart of globalisation.

Based on the architecture of these ubiquitous buildings – which can be found in any city – the three visits form an archaeological trilogy for the present time. A trilogy with three focal points inside capitalism’s recent history: finance, wage labour and consumption. In Rakvere can be seen the third part, which concentrates on the topic of consumption.

The paths we trace go through the multiple layers of the sites, the way they act on us and what they reveal of the organization of our postindustrial Western societies. Particular attention is paid to the relationship between the local and the global as well as to the different temporalities that are written on their walls.

Duration 70 min
In Estonian
Not accessible with wheelchair