How theatre develops democracy? The case of Theatre NO99

back
HomeArticles and publicationsHow theatre develops democracy? The case of Theatre NO99 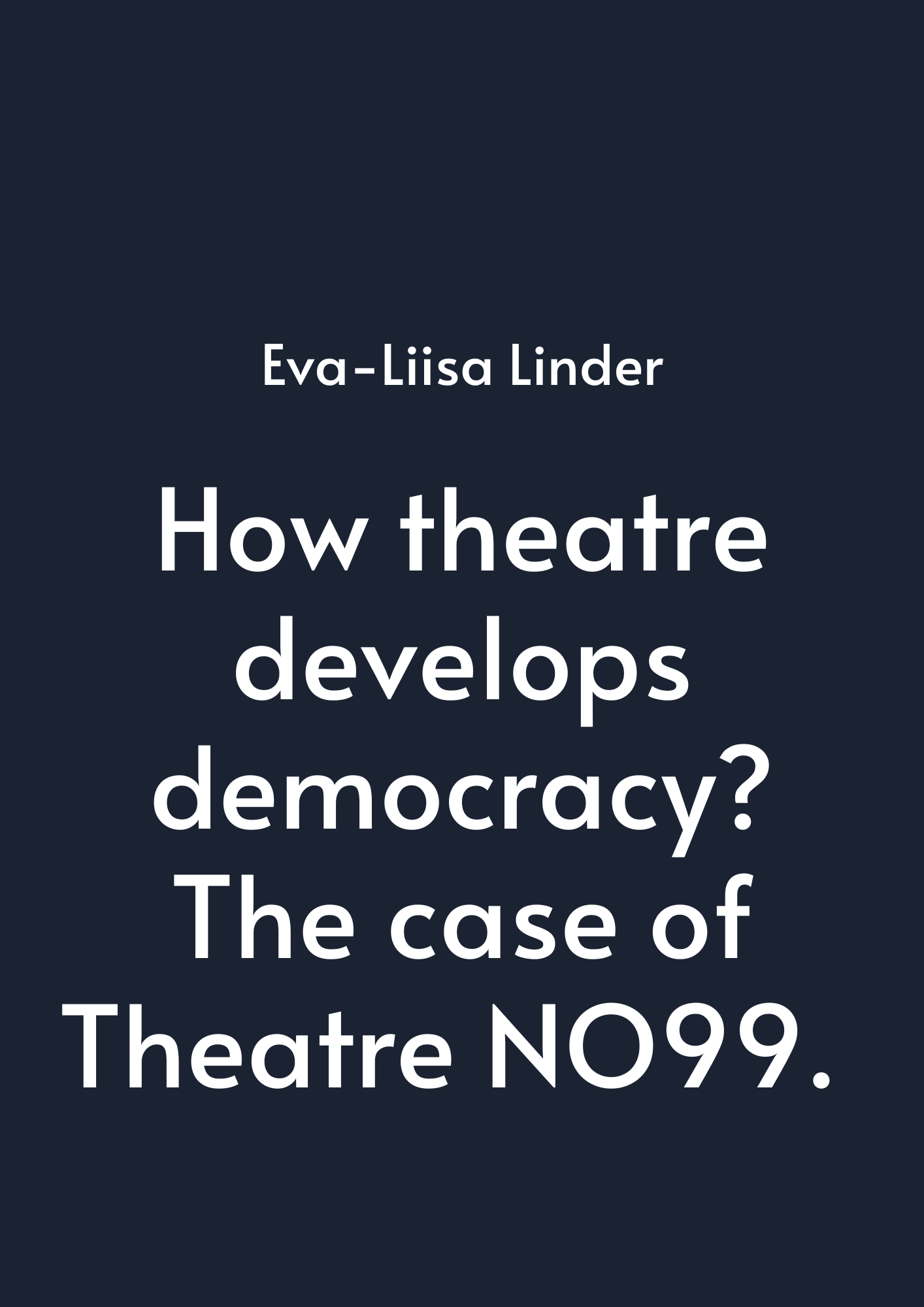 Abstract. Twenty years after regaining its independence, Estonia is proud of its economic record, but faces challenges concerning the development of democracy. Into this situation, a small theatre company, Theatre NO99, led by stage director Tiit Ojasoo, has recently introduced a new style of postdramatic political theatre that raises questions about capitalism, civil society, racism, nationalism, the energy crisis and other sensitive issues. Furthermore, the company’s European tours and collaborations with German and British companies have brought European debates to the Estonian stage. Recently, however, NO99 came up with two unparalleled and overtly political ‘one time actions’. In 2010, Unified Estonia, a fictitious political movement, exposed the populism of the leading parties and drew 7200 people to its ‘convention’, thus making it one of the largest theatre events in modern European theatre history. Two years later, NO99 staged a ‘first reading’ of a semi--documentary play about a funding scandal that engulfed the prime minister’s party, thereby contributing to provoke a series of civic and political events. This case study looks at how the theatre company has introduced itself as a morally sensitive institution (in the spirit of the German Enlightenment) and helped spark debates about national and democratic values in Estonia.